In re: Your article about Raoul Wallenberg in “Vremya” of January 19, 2009

All of us, as former members and consultants to the Russian-Swedish Working Group, were very pleased to read your thorough and very interesting article about the many puzzling questions that still remain in the case of the missing Swedish diplomat Raoul Gustaf Wallenberg. We believe your outline of some of the key issues that remain unresolved will help researchers such as ourselves to formulate incisive questions that can be followed up further in Russian archives. We welcome your article also because it provides an opportunity for a more direct exchange of views.

One of the central problems in establishing all the facts of Wallenberg’s imprisonment in the Soviet Union, including the main question ‘What happened to him?’ once his trail breaks off in the Spring of 1947, is, as you stress, the problem of missing documents. But your article also helps us to identify areas of research where progress may well be possible.Read More »Open letter to Dr. Vasily S. Khristoforov Director, FSB Archives Directorate Federal Security 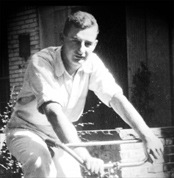 In the historical center of Budapest, on the street Dohoney is an unusual monument – a weeping willow. Her thin metal branches – leaves-plate engraved with the names of Hungarian Jews – Holocaust victims.  Near willow plaque of black granite with the names of people fleeing the Nazis were doomed to inevitable destruction of the Jews. The first name on the list – Raoul Wallenberg. Thanks to Swedish diplomat Wallenberg, who worked in the Nazis occupied Budapest in 1944, sent to death camps escaped several thousand people.  January 17, 1945 Raoul Wallenberg was arrested in Budapest by Soviet troops and disappeared.

Determining the fate of Raoul Wallenberg for many years by specialists from different countries. Nearly a decade led the search for historical records joint Russian-Swedish Working Group, established by intergovernmental agreement.  We investigated many versions examined hundreds of volumes of archival documents, held meetings with dozens of people.  But the researchers did not find the answers to critical questions: why the Soviet secret services was needed Wallenberg, what are the details of his stay in Soviet prisons, finally, what is the real reason and the date of his death? Documents related to Raoul Wallenberg, access is limited. Materials stored in the Central Archives of the Federal Security Service, in conjunction with the report of the Russian-Swedish group, and other documentary sources, allow to some extent to recreate a historical retrospective.